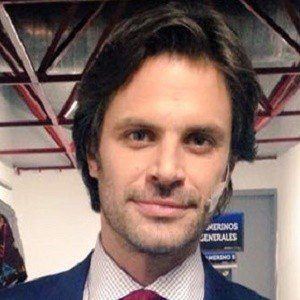 Mexican actor known for his telenovela work in Mujer con Pantalones, which earned him a best actor award in Venezuela.

He first appeared on television as a host for Nintendomania from 1996 to 1998. Some of his earliest actual acting work came in 1998 in Vision Real, Perla, and Tres veces Sofia.

Some of his other telenovela appearances have been in Alma de Hierro as Gael and in Triunfo del Amor as Alonso del Ángel.

He was born in Mexico City, Mexico and can speak Spanish, English, and Hebrew. He was married to Monica Fonseca.

He starred opposite Jaime Camil in the telenovela Qué pobres tan ricos.

Mark Tacher Is A Member Of