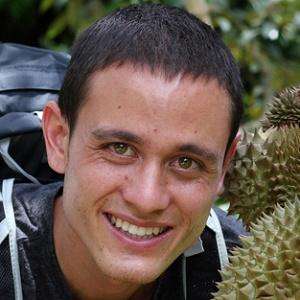 Food and travel vlogger who created the websites Migrationology and EatingThaiFood. He runs a highly subscribed to YouTube channel where he documents the food scene on a worldwide scale.

After earning a Global Studies degree at a US-based university, he traveled to South America before taking a one-way flight to Asia.

He has written several food and travel ebook guides, including 101 Things to do in Bangkok and Eating Thai Food Guide. He also taught English in Thailand for one year.

He and his family moved overseas from Phoenix, AZ when he was five years old. After living in France, DR Congo and Kenya, he moved back to the states for college before settling in Bangkok, Thailand with his wife Ying. They have a son named Micah.

Mark Wiens Is A Member Of