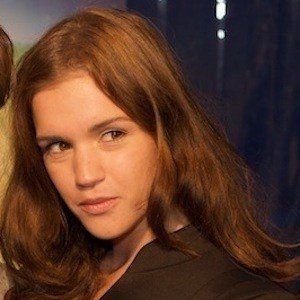 Actress who began playing Nina Sanders Mauricius on the long-running Dutch soap opera Goede Tijden, Slechte Tijden in 2005. She is an accomplished fashion and jewelry designer who founded the companies Label 13 and Kuise Meisjes.

She was a talented dancer, competing in high-level Dutch dance competitions as a teenager.

She has been open about her struggle with anorexia and served as an ambassador to the eating disorder awareness organization Human Concern.

She and Mike Meijer have daughters named Sammy-Rose and Jackie-Rey, as well as a son named Jimi-Jones.

She has appeared alongside Katja Schuurman on Goede Tijden, Slechte Tijden.

Marly Van Der Velden Is A Member Of