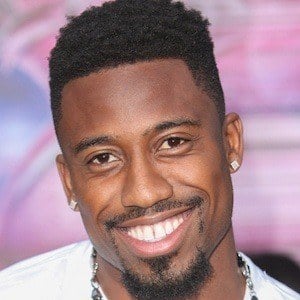 Oakland Raider's punter with a 48.9 average in 2013, was the only African-American punter in the NFL that season.

He was named Fort Valley State's most valuable player with over 16 punts of 50 yards or more during the 2011 season.

His NFL debut as the replacement for longtime Raiders' punter Shane Lechler was hampered by a season-ending injury his rookie season.

He was raised by his mother Audrey and has a sister named Jasmine.

He followed in the footsteps of Reggie Roby to become one of the few African-American punters in NFL history.

Marquette King Is A Member Of