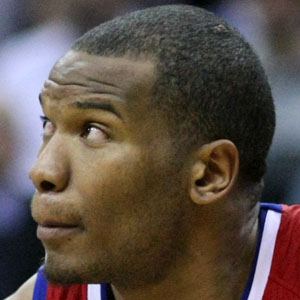 NBA forward/center drafted 16th overall by the Philadelphia 76ers in 2008. He spent four years with the 76ers then had brief stints with the Memphis Grizzlies and Cleveland Cavaliers before joining the Golden State Warriors in 2013. He helped the Warriors win the NBA Championship in 2015.

He played 2 years of college basketball at Florida, winning a national championship as a backup during his freshman season.

He played one season of basketball at St. Petersburg's Admiral Farragut Academy, a college Prep school and they retired his jersey number after the year.

He was raised mostly by his mother Regina Glenn-Speights.

He played at the University of Florida with Corey Brewer.

Marreese Speights Is A Member Of