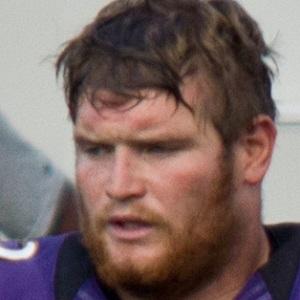 Offensive lineman who played college football at the University of Iowa and debuted in the NFL for the Baltimore Ravens in 2007.

He competed in football, basketball, and track and field at Anamosa High School in Iowa.

He was selected in the third round of the 2007 NFL Draft by the Ravens.

He was born to Ruth and John Yanda.

He began protecting Joe Flacco after the Ravens selected the quarterback in the first round of the 2008 NFL Draft.

Marshal Yanda Is A Member Of