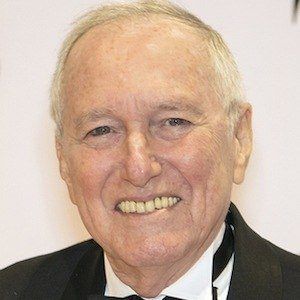 Acclaimed theatre director known for Obie Award-winning plays like 1973's "The Hot l Baltimore". He is a multiple-time Tony Award nominee for Best Direction of a Play.

He studied Theatre at Northwestern University, graduating in 1961.

He is one of the most influential theatre directors of his time, winning the Mr. Abbott Special Millennium Award in 1999.

He has been in a long-term relationship with artist Daniel Irvine.

His first off-Braodway play was a 1964 production of Henrik Ibsen's "Little Eyolf".

Marshall W. Mason Is A Member Of