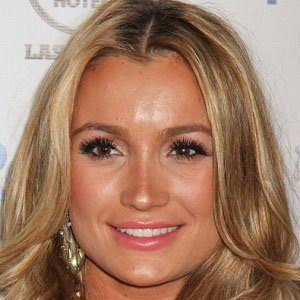 Television personality and model who's best known as the sister of model Joanna Krupa. She can also be seen in The Real Housewives of Miami in addition to appearing in numerous magazines as a print model.

She was born and raised in Chicago, Illinois with her sister.

She made appearances on Model Dating: Hawaii, Mind of a Model and Dancing with the Stars.

She is the daughter of Steven Krupa and is of Polish decent. She married race car driver Marco Andretti in September 2017.

She began dating Marco Andretti after meeting the Indycar driver in Miami in 2008.

Marta Krupa Is A Member Of