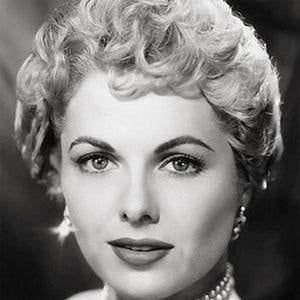 Academy Award-nominated actress who gained fame for her roles in Some Come Running and The Sons of Katie Elder.

She graduated from Northwestern University and was a member of Pi Beta Phi sorority.

She was strongly considered for the role that Janet Leigh played in Alfred Hitchcock's Psycho.

She was nominated for an Academy Award for Best Supporting Actress for her role as Frank Sinatra's love interest in Some Come Running.

Martha Hyer Is A Member Of