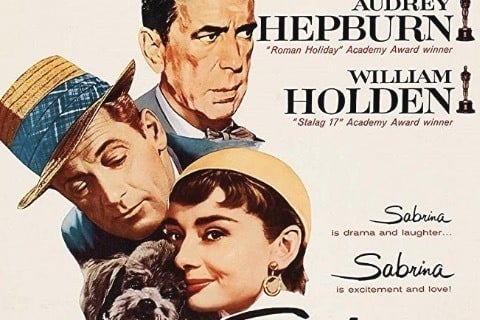 Written for the screen and directed by Billy Wilder, this Academy Award-winning classic stars Audrey Hepburn as the woman of interest between a playboy and his more serious older brother.

The movie was selected for preservation in the United States National Film Registry by the Library of Congress in 2002. A remake was produced in 1995, directed by Sydney Pollack and starring Harrison Ford.