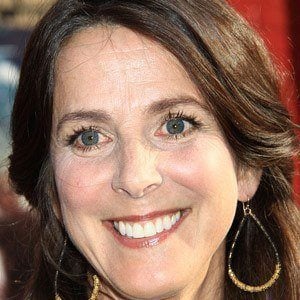 Performer who became known as one of MTV's original VJs alongside Nina Blackwood, Mark Goodman, Alan Hunter, and J.J. Jackson.

She was an intern at WNBC Music Radio while attending New York University and also appeared in TV commercials for McDonald's, Country Time Lemonade, Clearasil, and Campbell's Soup.

Her mother, Nina, was a retirement counselor and her father, David, was an attorney. She had two children with her husband, Jordan Tarlow.

She had a recurring role on Full House with Bob Saget.

Martha Quinn Is A Member Of