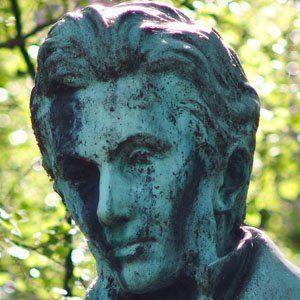 Danish existentialist philosopher, poet, and theologian known for works such as Either/Or and Fear and Trembling.

He was born into a wealthy Copenhagen family and became a theology student at the University of Copenhagen.

He frequently wrote under pseudonyms. And it was said his schedule was so consistent that the townsfolk could know the hour of the day by when they saw him about town.

He fell in love with Regine Olsen, but he broke off their engagement before the two could be married.

Soren Kierkegaard Is A Member Of