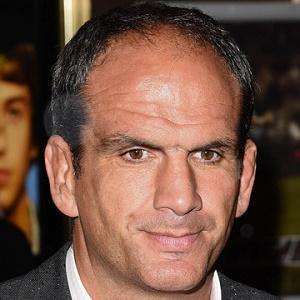 Widely considered one of the best locks to ever play the game of rugby, he captained England and Leicester to great success.

He was playing American football in Leicester when offered a tryout for New Zealand's King Country rugby side.

His remarkable play and leadership helped England win the World Cup in 2003. He also led the Leicester Tigers to six league titles and consecutive Heineken Cups.

He was born in Solihull, West Midlands, England.

A strong supporter of Colin Kaepernick and the San Francisco 49ers, he covered Super Bowl XLVII for the BBC.

Martin Johnson Is A Member Of