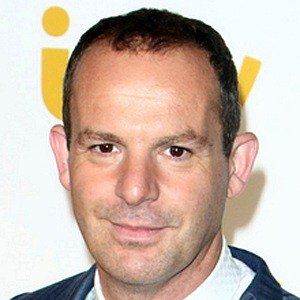 Financial journalist and author widely recognized for his ITV series The Martin Lewis Money Show and as a regular financial panelist on This Morning and Good Morning Britain. He initially rose to fame in the early 2000s as the creator of the financial advice blog MoneySavingExpert.com.

After studying government and law at the London School of Economics, he went on to begin postgraduate study in broadcast journalism at Cardiff University.

Since his television success, he has released two bestselling books, The Money Diet and The Three Most Important Lessons You've Never Been Taught.

He married weather presenter Lara Lewington in 2009 and three years later they gave birth to their daughter, Sapphire Susan Lewis.

Saira Khan has co-presented alongside him on ITV's The Martin Lewis Money Show.

Martin Lewis Is A Member Of