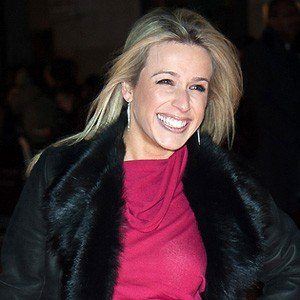 Weather presenter who became known for hosting BBC Three, London Tonight, and It's a Knockout.

She trained at NCTJ and received a Bachelor of Arts degree in sociology and drama.

She appeared in the television show The Impressionable Jon Culshaw.

She married Money Saving Expert presenter Martin Lewis in 2009 and the couple had a daughter named Sapphire in 2012.

She appeared on a monitor in the background of the Daily Planet newsroom in the 2006 film Superman Returns, which starred Brandon Routh.

Lara Lewington Is A Member Of