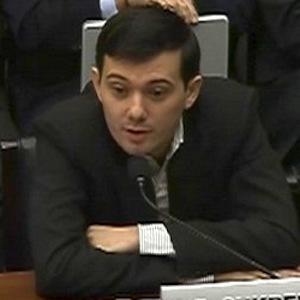 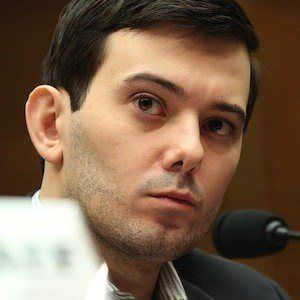 Founder and former CEO of Turing Pharmaceutical who's known for raising the price of the drug Daraprim from $13.50 per pill to $750, a drug the World Health Organization lists as an essential medicine. He also founded MSMB Capital Management and Retrophin LLC, the latter of which would later sue him for $65 million.

He attended Hunter College High School and started interning for Cramer Berkowitz & Co. when he was 17. He graduated from Baruch College in 2004 and founded his first hedge fund in 2006.

Bloomberg described him as both embodying the American dream and sullying it. He was arrested in late 2015 on charges of securities fraud. He bought the only copy of the Wu Tang Clan's album Once Upon a Time in Shaolin.

He was born to Albanian and Croatian immigrants. He grew up with two sisters and a brother.

Bernie Sanders, Hillary Clinton, and Donald Trump were among those who criticized the decision to increase the price of Daraprim.

Martin Shkreli Is A Member Of