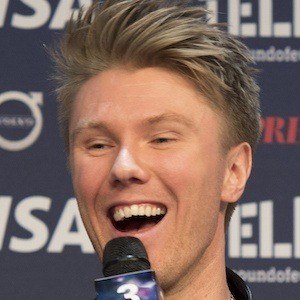 Danish pop star who began his rise to fame as a member of the group Lighthouse X in 2012. He is also an accomplished stage actor, having appeared in productions like The Little Mermaid and Evita.

He sang in a church choir in Fredericia at age nine. He graduated from the Danish National School of Theatre and Contemporary Dance in Copenhagen, Denmark.

He is a certified ski instructor.

He posted a guitar and vocal cover of Sam Smith's "I'm Not the Only One" to YouTube in 2016.

Martin Skriver Is A Member Of