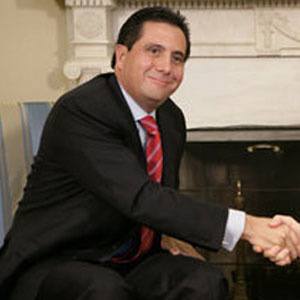 President of the Republic of Panama from 2004 to 2009. He notably reformed pensions and social security during his presidency.

He managed a McDonald's restaurant in Chicago after studying political science and economics at Texas A&M University in College Station, Texas.

He proposed and passed a $5 billion expansion of the Panama Canal.

He is the illegitimate son of military ruler, Omar Torrijos.

He negotiated the Panama-United States Trade Promotion Agreement with the George W. Bush administration in 2007.

Martín Torrijos Is A Member Of