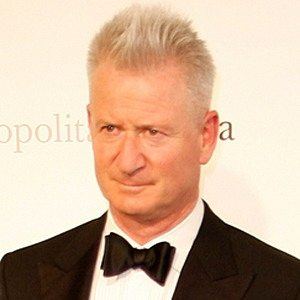 Argentinean born actor and performance artist who is widely recognized for his work on the 1982 television film The Mondo Beyondo Show. He and fellow performer Brian Routh founded the performance art troupe the Kipper Kids.

He studied at the East 15 Acting School and co-founded the Kipper Kids in 1970.

He made an appearance in Weird Al Yankovic's 1989 film UHF.

He married singer/songwriter Bette Midler in 1984. They welcomed their daughter Sophie von Haselberg in 1986.

In 1976, he guest starred on an episode of Mary Hartman, Mary Hartman with Louise Lasser.

Martín von Haselberg Is A Member Of