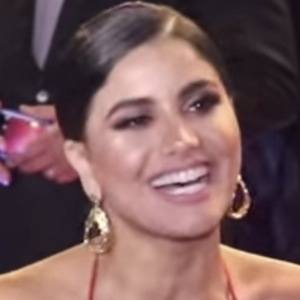 Colombian pop singer who rose to fame by posting videos on her YouTube channel. She released her debut single "La Peligrosa" in 2013 and her first album Alma Mía in 2017.

She studied Musical Pedagogy at the University of Córdoba.

She appeared as a jury member on the music program Tu Cara Me Suena in 2015.

Her sister is singer Adriana Lucia. She was married to music producer Jairo Baron from 2013 to 2017.

She had the opportunity to work with singer Carlos Vives.

Martina La Peligrosa Is A Member Of