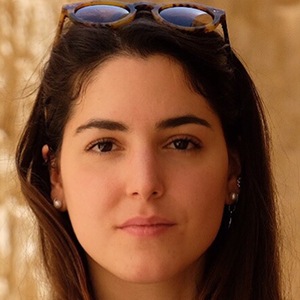 Yoga instructor who would collaborate with fellow Martina, Martina Rando, on a joint blog called The Two Martinas. They would share their knowledge about yoga and food, and also provide workshops for those who follow them.

She practiced gymnastics for six years at a competitive level. Sports were a large part of her life until she began attending the University of Architecture. She completed her master degree in Architecture in December 2015.

She and Danilo Beronja began a long-term relationship.

She and Dana Lynn Falsetti are both yoga instructors with large Instagram followings.

Martina Sergi Is A Member Of