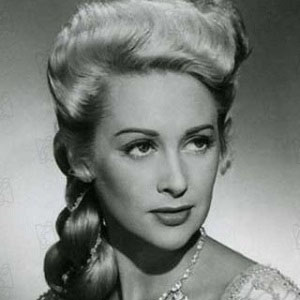 Remembered for her seductress roles in French films of the 1940s and '50s, Carol (born Marie-Louise Jeanne Nicolle Mourer) is perhaps most famous for starring in the 1955, Max Ophuls-directed feature Lola Montes.

After training at Rene Simon's Parisian drama school, she made her theatrical and film debuts in the early 1940s.

Her personal life was marked by drug problems, an attempted suicide, and an incident in which she was briefly abducted by the infamous criminal Pierre Loutrel (also known as "Crazy Pete").

When Brigitte Bardot rose to fame in the last years of the 1950s, Carol's career began to fade.

Martine Carol Is A Member Of