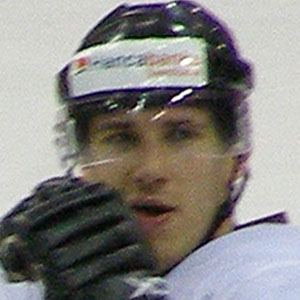 Latvian right winger who joined the Dinamo Riga of the Kontinental Hockey League in 2012.

He was drafted 64th overall by the Boston Bruins in 2004. He appeared in 6 games for the team during the 2008–09 season, then joined the Tampa Bay Lightning.

He was raised in Riga, Latvia.

He briefly played alongside Vincent Lecavalier on the Tampa Bay Lightning.

Martins Karsums Is A Member Of