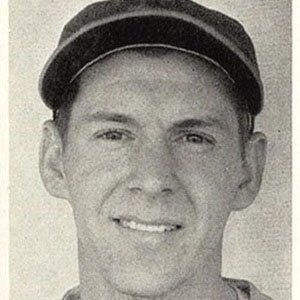 He grew up in Atlanta and played for the Georgia Tech Yellow Jackets.

He was a player-manager for the American League's St. Louis Browns for two seasons and was the last manager in the team's history.

He won World Series rings alongside Baseball Hall of Fame outfielder and first baseman Stan Musial in 1942, 1944 and 1946.

Marty Marion Is A Member Of