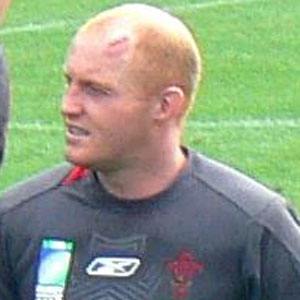 Former flanker for Wales and the British Lions who ended his career as Wales' most-capped forward in history.

He played club rugby for Pontypridd, with whom he won the Welsh league in 1996-1997.

He wrote an autobiography called Magnificent Seven, which was re-released after his retirement.

He married Samantha Williams in September, 2005.

He and fellow Welsch-born footballer Scott Gibbs both played for the British Lions.

Martyn Williams Is A Member Of