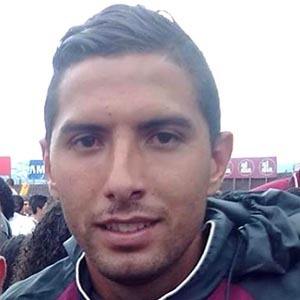 Costa Rican professional football player who is known for his work as an attacking midfielder. He is recognized for having played on the Deportivo Saprissa club as well as the Costa Rica national team.

His youth career started in 2006 when he played for the Herediano club. He made his professional debut with the squad the following year. In 2007, he started playing with the Costa Rica National team and in 2013 he left Uruguay de Coronado club for Deportivo Saprissa.

His debut for the Costa Rica national team occurred on August 22, 2007 in a friendly match against Peru.

He was born and raised in Heredia, Costa Rica and shared a photo with his wife, daughter, and son through Instagram in October of 2018.

Marvin Angulo Is A Member Of