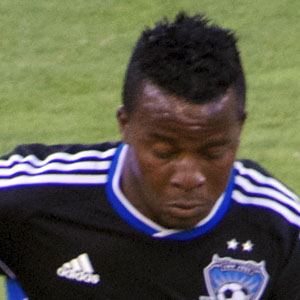 Honduran soccer forward who broke into the MLS with FC Dallas in 2009. He played for the San Jose Earthquakes during the 2012-13 season, then joined the Colorado Rapids in 2014.

He began his professional soccer career playing for Honduran team C.D. Victoria in 2005.

He joined the Honduran national team in 2006.

He was born to Milta Lorena Alvarez and Juan Chavez.

He joined Steven Beitashour on the San Jose Earthquakes in 2012.

Marvin Chavez Is A Member Of