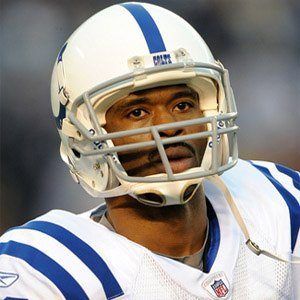 Legendary wide receiver of the Indianapolis Colts who set a number of NFL records while catching passes from quarterback Peyton Manning. He retired with 14,580 receiving yards and 128 touchdowns.

He graduated from Syracuse with a degree in retailing.

He set the single season NFL record for receptions with 143 in 2002.

He was raised primarily by his mother, Linda Harrison.

He and Jerry Rice both caught more than 1,000 passes over the course of their careers.

Marvin Harrison Is A Member Of