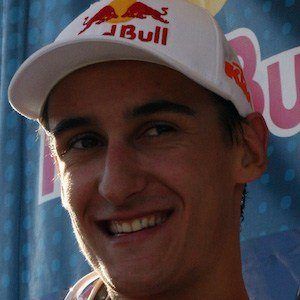 French motocross racer known for winning consecutive MX2 titles in 2009 and 2010. He started competing in 250cc races in 2011 and represented his native France in the 2015 Motocross des Nations.

He started racing when he was six-years-old. He made his GP debut in 2005.

The beginning of his 2014 season was derailed by a torn ACL and a separated shoulder, but he managed to win the Red Bull Straight Rhythm later in the year.

He was born to Jean-Michel and Monique Musquin. He has a brother named Mickael. In 2012, he married his wife Mathilde.

He spent time early in his career with KTM, which was managed by Stefan Everts.

Marvin Musquin Is A Member Of