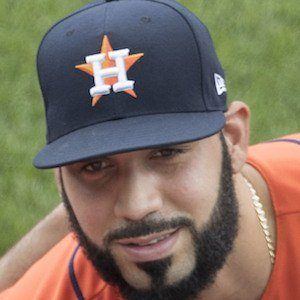 Shortstop and utility fielder who made his MLB debut as a member of the Houston Astros in 2012. He helped the team win a World Series title in 2017.

He grew up in Venezuela and was signed as an international free agent by the Chicago Cubs in 2005.

He set an MLB record by hitting his first 25 career home runs with no one on base.

He married a woman named Noel, with whom he has children.

In April 2013, he broke up a potential no-hitter by then-Rangers pitcher Yu Darvish in the bottom of the ninth inning.

Marwin Gonzalez Is A Member Of