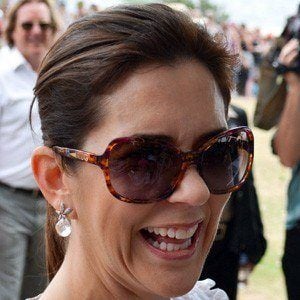 Wife of Frederik, Crown Prince of Denmark who will eventually become Queen of Denmark. Her relationship with the Prince was a major news story in Europe with many people calling it a "fairytale" romance.

She worked as a consultant for Microsoft Business Solutions.

She met her husband at the Slip Inn, a pub in Sydney, when the prince was visiting Australia during the 2000 Summer Olympics and she did not know he was a prince until well into their relationship.

Mary Crown Princess of Denmark Is A Member Of