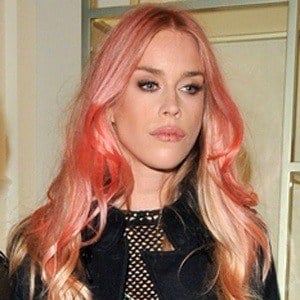 Scottish model and musician who has been featured in Editorials for L'Officiel, Glamour Spain, Purple Fashion, Vogue Japan, and more. She is also famous for being a member of the electro-rock band The Big Pink.

She was educated at the all-girls private school Francis Holland in West London. She was introduced to the fashion world as a teenager by Isabella Blow.

She is an accomplished DJ who is known for spinning current and old school dance tracks.

She is the daughter of Catherine Guinness and Scottish nobleman Lord Jamie Neidpath. She married The Big Pink bandmate Robbie Furze.

She has modeled for Louis Vuitton Sunglasses.

Mary Furze Is A Member Of