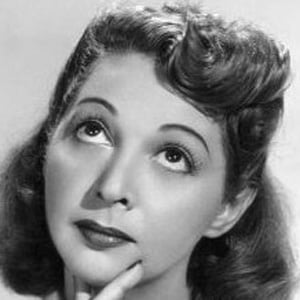 Wife of the great comedian Jack Benny who frequently appeared as herself on his radio show.

She met Benny, 11 years her senior, at a passover Seder when was 14, but the two didn't begin dating until much later.

She suffered from severe stage fright her whole life, and because of that very rarely appeared on television.

She was born Sadie Marks, in Seattle, Washington.

She was first a minor character on the Jack Benny Show, but due to overwhelmingly positive fan response came to star opposite him.

Mary Livingstone Is A Member Of