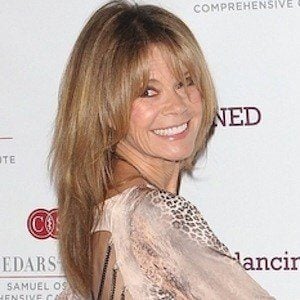 American actress best known for playing Gail Leery on the teen drama Dawson's Creek. She has also acted in Knight Rider and Matlock.

She grew up in Watertown, New York and attended Watertown High School.

She won the 1975 Miss Florida pageant and was third runner-up for Miss USA.

Mary-Margaret Humes Is A Member Of