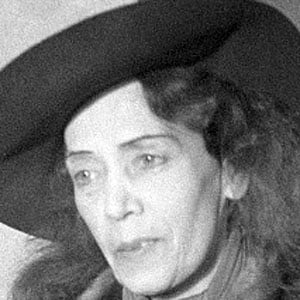 German pioneer of modern dance whose career led to the development of expressionist dance and dance therapy. Her style has said to have been highly existential and served as a catharsis for her internal struggles.

She opened her expressionist school of dance-- called both the Dresden Central School and the Mary Wigman-Schule-- in 1920.

She was an early advocate of dance training without pointe shoes, and she was also credited as one of the first dancer/choreographers to infuse her work with philosophical and existential themes.

She was born in Hanover, Germany, and she died in West Berlin.

She and American dancer/choreographer, Isadora Duncan, were both pioneers of modern dance.

Mary Wigman Is A Member Of