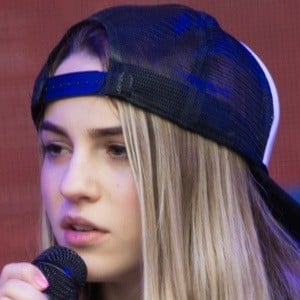 Russian YouTube vlogger who is known for her self-titled channel. She has gained widespread popularity there for her colorful vlog entries, which often include commentaries on celebrities, personal testimonials, and challenge completions.

She has amassed more than 6 million subscribers to her YouTube channel. She has also established a sizable presence on her personal Instagram page, where she has earned more than 7 million followers.

She was born and raised in Russia. She has a younger sister whose been frequently featured on her Instagram.

She and fellow Russian YouTube Kate Clapp are both known for their widely popular and eccentric vlog entries.

Maryana Ro Is A Member Of