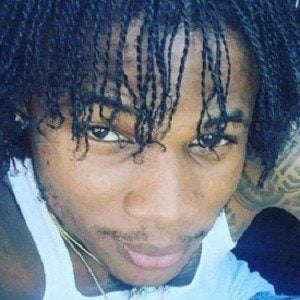 Rapper, DJ, and lyricist known for the release of songs like "Dem Ago Dead" and projects such as The Tyler and Puffy Saga Part 1 & 2. He's since earned a substantial social media following, clocking in at more than 650,000 followers on his Instagram alone.

While attending Calabar High School, he received encouragement from friends and teachers to pursue his musical and lyrical career.

He has been featured in publications like the Jamaican Observer.

His real name is Javaun Fearon. He has a younger sister named Ardenne.

He is good friends with and often collaborates with Hope River.

Masicka Is A Member Of