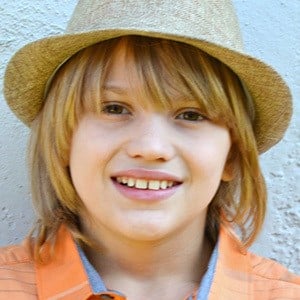 Actor who has had roles in shows like Teen Wolf, Criminal Minds: Beyond Borders, and Modern Family.

He had his screen debut when he was 6, playing the role of Tingle in an episode of Video Game Reunion.

He stepped into the role of producer in 2019, gaining executive and associate producer credits on the short films In The Deathroom and Throw Like A Girl.

In March 2019 he appeared in a Familia Diamond video with Txunamy titled "MY FRIENDS REACT TO MY TIK TOKS *GONE WRONG*".

Mason McNulty Is A Member Of