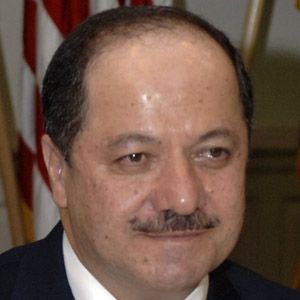 Affiliated with the Kurdistan Democratic Party, this Middle Eastern politician served as President of Iraq's Kurdistan region beginning in 2005.

He was born and raised in the Republic of Mahabad (present-day Iran).

Masoud Barzani Is A Member Of