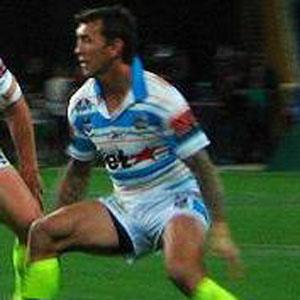 He won the 2000 Rugby League World Championship as a Wallaby, and played for the Gold Coast titans from 2007 to 2011.

He was a standout player at Queensland's The Southport School.

He set the record for the most points scored in an Australia-New Zealand rugby league Test match with 24.

His father Steve Rogers served as CEO for the Cronulla-Sutherland Sharks.

He was teammates with vice-captain Phil Waugh on the Australian side that finished as runners-up at the 2003 Rugby World Cup.

Mat Rogers Is A Member Of