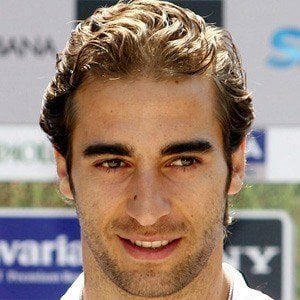 Midfielder who played for Arsenal from 2004 to 2008, then spent 5 seasons with AC Milan before rejoining Arsenal in 2013.

He began his professional career with Marseille in 2003 after spending two years in the club's youth system.

He made three appearances for the French national team from 2007 to 2008.

He was born and raised in Marseille, France.

He played alongside forward Thierry Henry on Arsenal as well as the French national team.

Mathieu Flamini Is A Member Of