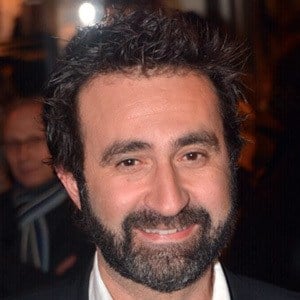 French comedian, actor and columnist who's had a storied career in film, television, radio and stand-up. He's best known for his work on Vivement Dimanche Prochain, with Michel Drucker, as well as his humor columns and one-man shows.

He got a degree in Criminology and then became a lawyer. He left the law at 25 to pursue comedy.

He avoided the deadly shooting at Charlie Hebdo because he did not go to work that day.

He grew up in Saleilles in the suburbs of Perpignan.

He's worked with actor Jean Dujardin in the past.

Mathieu Madenian Is A Member Of