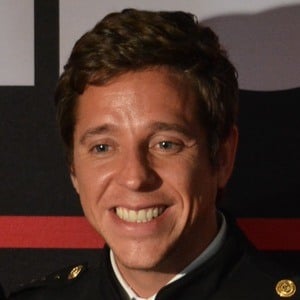 Radio host who has worked as the audiovisual communicator at the University of Arts, Sciences, and Communication. He has over 200,000 followers on his mesiasvega Instagram account.

He attended a casting event for the television channel La Red in 1995 and wound up on Revolviéndola.

He won a TV Grama award and two Gold Tie for Best Animator and Broadcaster.

He is the youngest of his two brothers.

He acted alongside Tatiana Merino Infidels from 2005 to 2014.

Matías Vega Rojas Is A Member Of