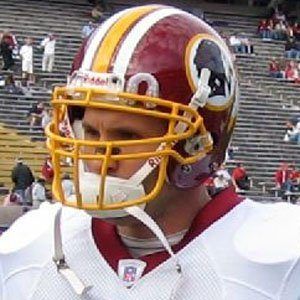 Retired NFL safety who played for teams like the St. Louis Rams and Green Bay Packers. Following his retirement, he became the head NFL writer for the sports website Bleacher Report.

He spent four years at the University of Iowa, where he received First-Team All-Big Ten honors and led the team in tackles as a junior.

He received the Carroll Rosenbloom Memorial Award as the best Rams rookie of 2001.

He married a woman named Shawn and has three sons.

Matt Bowen Is A Member Of