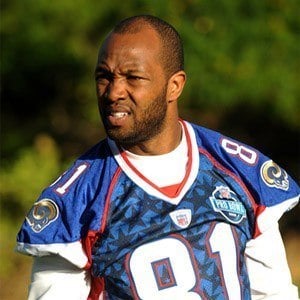 He set almost every receiving record at North Carolina State University and was given All-American honors.

With the Rams, he was part of a legendary offense dubbed 'The Greatest Show on Turf.'

He grew up in Gibsonville, North Carolina.

He and quarterback Kurt Warner helped propel the Rams into the NFL's elite.

Torry Holt Is A Member Of