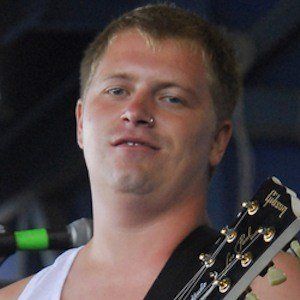 Guitarist and supporting vocalist for the band The Wonder Years, who released their debut album Get Stoked on It! in 2007, followed by The Upsides in 2010 and Suburbia I've Given You All and Now I'm Nothing in 2011.

He has a passion for snowboarding, bowling, and woodwork.

He began dating Ashley Campbell in his early twenties.

The lead singer of The Wonder Years is Dan "Soupy" Campbell.

Matt Brasch Is A Member Of