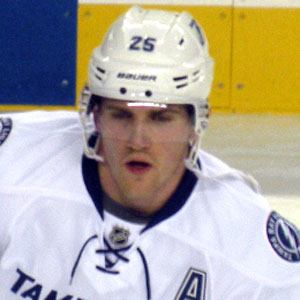 NHL defender joined the Tampa Bay Lightning in 2012 after spending four seasons with the Philadelphia Flyers.

He earned the Hobey Baker Memorial Award during his senior season at the University of Denver.

He won a bronze medal with the U.S. national team at the 2013 World Championships.

He has two younger brothers, David and Alex.

He became teammates with Steven Stamkos after signing with the Tampa Bay Lightning in 2012.

Matt Carle Is A Member Of