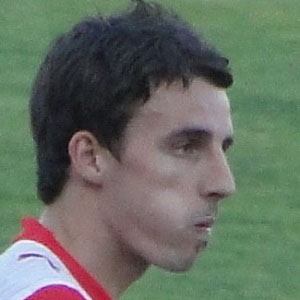 English striker who has earned league titles with the Blackburn Rovers, Olympiacos and Birmingham City. He played for the English Under-21 side from 2007 to 2009, winning 14 caps along the way.

He was born in Great Harwood, Lancashire and attended Our Lady and St John R.C. High School. He played for Darwen's youth squad before joining Great Harwood Town's first team in 2002.

He earned the nickname "The English Killer" after scoring the winning goal in a match against Panathinaikos in March 2010.

He married a woman named Melissa, with whom he has twins named Braidin and Callum as well as another son named Killian.

He was teammates with Serbian forward Nikola Zigic at Birmingham City.

Matt Derbyshire Is A Member Of