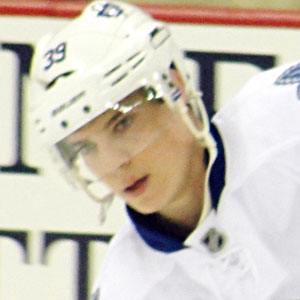 WCHA Player of the Year while at North Dakota. He was drafted by the Toronto Maple Leafs in 2007.

He was born in Edmonton and played junior hockey for the Fort Saskatchewan Traders.

He was arrested for a DUI in 2009 and was subsequently cut from the North Dakota team.

He worked at his father's Italian bakeries growing up.

He scored his first-ever NHL goal against Tomas Vokoun of the Washington Capitals on November 9, 2011.

Matt Frattin Is A Member Of