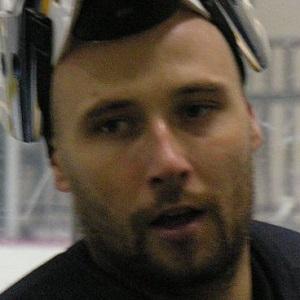 Czech NHL goaltender who played for the Nashville Predators from 1998 to 2007 and was a member of the Czech national team.

He continued to split time between the Predators and the IHL for several years after being drafted by the team.

He set the Predators' franchise records for goaltender appearances, wins, and saves.

He fathered two daughters with his wife, Dagmar.

He played with Mike Fisher on the Nashville Predators.

Tomas Vokoun Is A Member Of